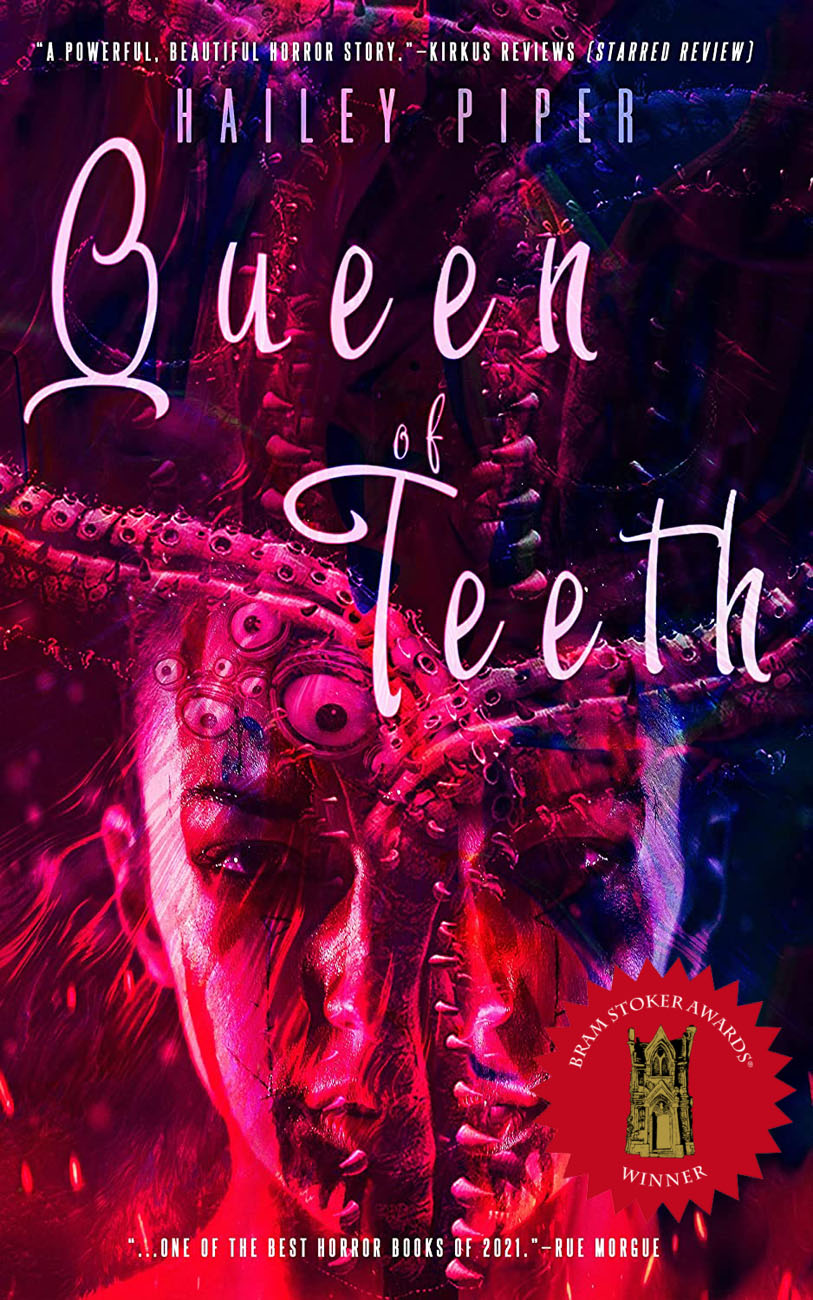 Winner of the Bram Stoker Award

Ebook, paperback, and audio on Amazon

Within forty-eight hours, Yaya Betancourt will go from discovering teeth between her thighs to being hunted by one of the most powerful corporations in America.

She assumes the vagina dentata is a side effect of a rare genetic condition caused by AlphaBeta Pharmaceutical, decades ago, when she and several thousand others were still in the womb.

But, when ABP corporate goons upend her life, she realizes her secondary teeth might be evidence of a new experiment for which she’s the most advanced test tube … a situation worsened when Yaya’s condition sprouts horns, tentacles, and a mind of its own.

On the run and transforming, Yaya may be either ABP’s greatest success, or the deadliest failure science has ever created.

“Readers … will be in horror heaven with this mesmerizing, original, and breathtaking debut.” – Library Journal (starred review) 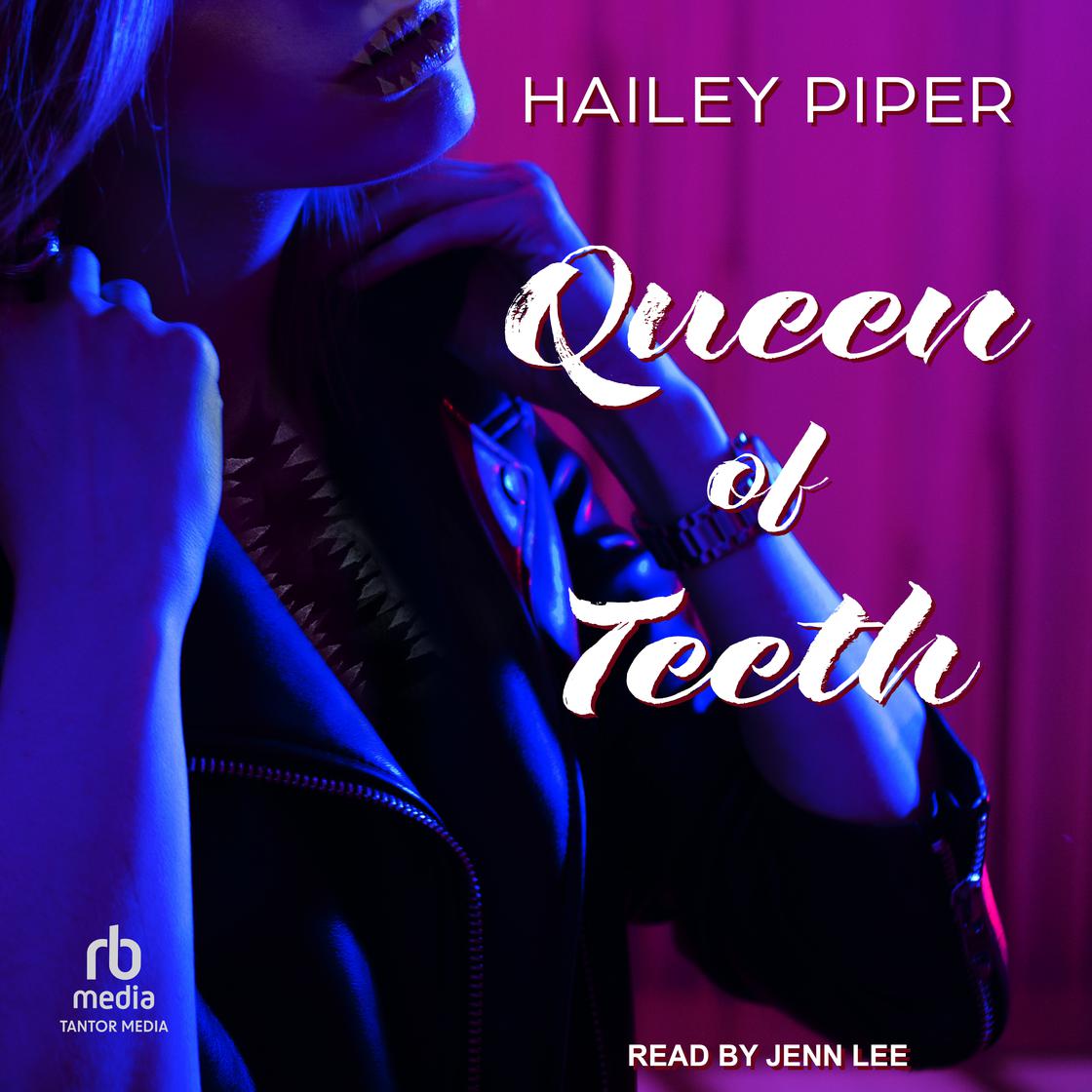 “Hailey Piper is at the top of her game, literally machete-chopping through new territory” – Cemetery Dance

“If there’s such a thing as defiant horror, Hailey Piper’s Queen of Teeth must be its gold standard. This bold, visceral story about the right to one’s own body is equal parts heartfelt and brilliant – and most importantly, razor-sharp.”

“Queen of Teeth by Hailey Piper is so fucking good, and so fucking gay, that I am absolutely in awe. Like a city-destroying monstrosity secreted within a human form, this dystopian body horror story conceals layers upon layers of romance, tragedy, guilt, and what it means to be human. I would happily be devoured by it again and again.”

“Hailey Piper’s debut novel, Queen of Teeth, is a gorgeous, wonderfully weird tale that does not hesitate to take readers into a unique, magenta-colored dystopia. Not a single word is wasted. Every moment propels us along into a battle for control, a search for identity, and the need to transform into something bold and true. Piper’s wit, razor-sharp imagination, and dedication to her craft are so brilliantly centered throughout the entire book. A true becoming is a bloody, beautiful, and sinewy kind of change — arrive hungry, pick up this book, and make your world a better place.” 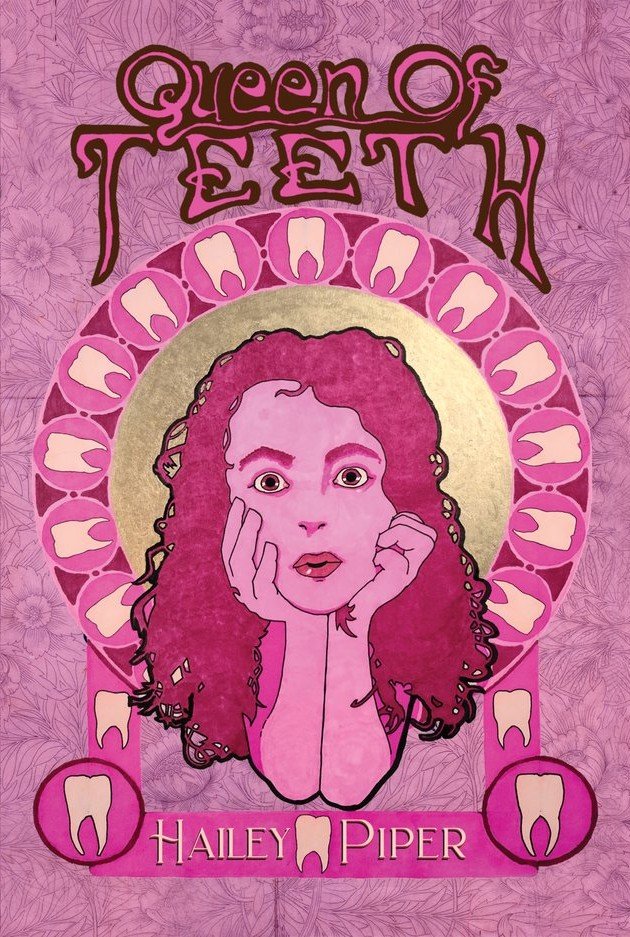 Limited edition hardcover (OUT OF PRINT); art by Nicholas Day

Queen of Teeth is featured in 2021 Best of Lists from Library Journal, Autostraddle, and Kirkus